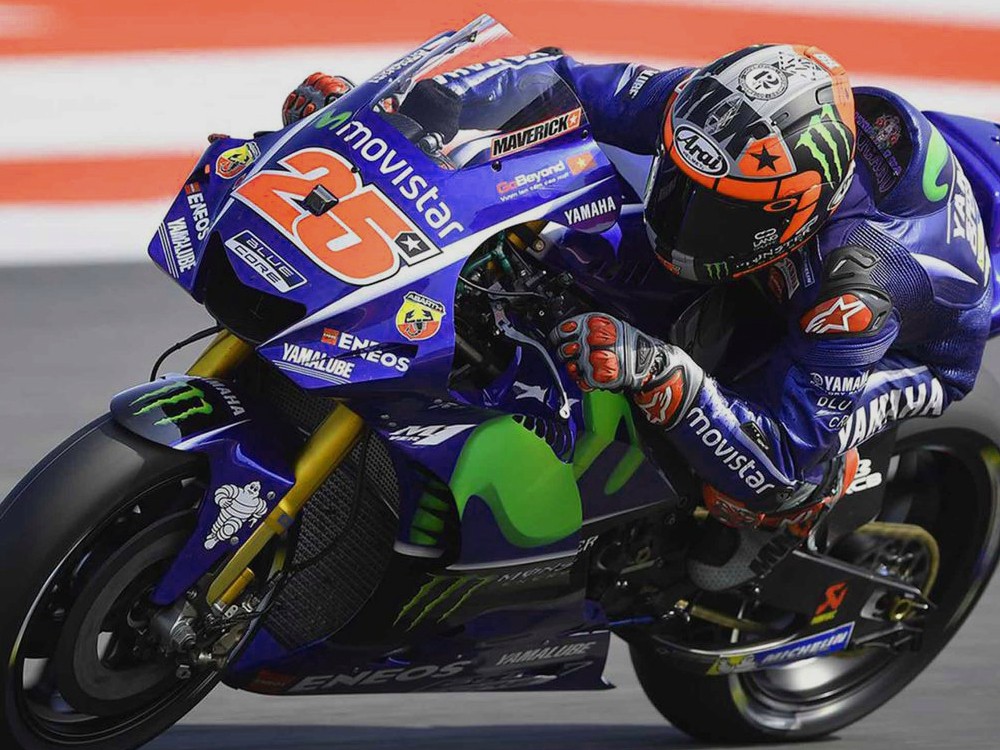 The fine line between failure and success passes through the human mind. Mastering massive horsepower, bewildering electronics, and careful tire selection is usually not enough to make the difference in motorcycle roadracing; a mental approach is often more important than simply opening the throttle. Monster Energy Yamaha MotoGP rider Maverick Viñales knows it well. “I think I changed more than the bike,” confessed the Spaniard last year, acknowledging an empowered self-confidence that helped him turn a difficult season around. “I changed my way of thinking, my approach, and the riding style. I feel like I’m more in control, but in a natural way.”

RELATED:Maverick Viñales Wins Dutch Grand Prix At Assen
Viñales was experiencing something similar to what author Dan Millman calls “way of the peaceful warrior.” During the lockdown, Viñales found himself fascinated by the former American athlete’s book. Living with a peaceful heart but with a fighting spirit is Viñales’ secret weapon in the fight for the MotoGP championship that will resume at Jerez in Spain with back-to-back races on the 19th and 26th of July.

Maria Guidotti: To paraphrase Dan Millman, is it possible to race with a peaceful heart and a fighting spirit?

Maverick Viñales: I love autobiographies and to read about how the human mind works. During the lockdown I was inspired by Way of the Peaceful Warrior, and I could see some similarities with my life.

How can you translate it into your approach to races?

As Millman says, we are all peaceful warriors in training. It’s about finding a balance and living with a peaceful heart, but there are times and situations in life that require a fighting spirit to tackle the challenges, and be more effective.

MotoGP action is about to resume in Spain with a modified calendar of 13 Grand Prix races within four months. How does your race strategy now change?

Mistakes are not allowed, given the tight program. It will be a tough fight, and balance will be the key. On one side we have to be careful in free practice sessions and not give 100 percent, so as to avoid risking an injury. But in the race, we will have to attack from the very first GP. With fewer races being run, there will be no time to lose, so we will probably need to take more risks starting from round 1.

Which is the first thing you will do when you will enter the paddock?

Riding my Yamaha M1 was what I missed most during the lockdown. Because of social distancing, it won’t be possible to hug my team, so I will invite them all out for dinner, with my bike included! (He laughs.)

During the winter you became the reference for the bike’s development. But with the engine and aerodynamic unchanged for the 2021 season, how do you see the Yamaha M1?

The bike is competitive and has a lot of potential, but we have some more work to do regarding the chassis and the setting. Meanwhile in Japan they have been working hard on the electronics, especially for starts and on corner entry.

You are coming off two difficult seasons. Was the arrival of Fabio Quartararo on the Yamaha Petronas Team last year a wake-up call?

Last year I was very strong at the beginning of the season, but I was losing a lot at the starts, so I was not able to make up the difference. Just think—in Austin, Texas, I did the jump-start and we managed to finish in ninth place. We had the potential, but the start spoiled our race. In addition, with a factory team, there are a lot of other factors to consider during the race weekend so one result can be misleading. On the contrary, Fabio’s team didn’t touch the bike—they didn’t change anything. That was the key and we learned from them.

This year you were very close to signing with Ducati, but in the end you renewed with Yamaha.

In 2019, I had built a strong team around me, which helped a lot, so it was difficult for me to change. I needed to feel the full support of the team behind me. I’m very confident of my decision.

Your teammates are also your first rivals. So who is your reference: Rossi or Quartararo?

It’s very important for me to be the first Yamaha at the finish line.

What is more dangerous: Valentino’s experience or Fabio’s hunger and young age?

I don’t see them as a danger, but as an extra motivation to go faster. Having a fast rider like Valentino in the garage, and next year Quartararo, will help us to further develop the M1.

How does it feel to be the number one rider for Yamaha?

I feel confident yet calm. I feel ready but also aware that there is no number one rider in Yamaha; only results on the track count. Every year we take a step forward and now I feel even stronger; I was looking for stability and I found it. In the past I’ve switched teams quite often and this didn’t give me the feeling of stability or of having my crew behind me. It was important for me to strengthen this team feeling so that I can feel fully supported and think only about the ride.

This will be your last season withRossi as a teammate. How difficult has it been to share the garage with such a legend?

Valentino has a huge influence in our sport and also in the Yamaha organization. I think we worked well together, and we learned a lot. I did my homework and earned the trust and my place on the team with my track results. When I joined Yamaha, I was able to go fast from the beginning and this helped me a lot. But Rossi has been my idol since I was a kid and for me it has been extra motivation to ride with him.

What did you learn from the Doctor?

The 2018 season was very difficult for us all. I learned a lot looking at him, and in particular his skill at remaining positive, with a big smile on his face even when things went wrong.

You used to get very upset when you were losing.

I still get very upset. In the end it’s my character, but I have learned to deal with it. I think you still need that temperament, but I’m going to balance it with a smile on my face. I’m also aware that we are a team and that winning is the result of many factors.

Marc Márquez remains the man to beat, so how do you prepare for that?

Every year we get stronger and stronger as a team. This year we have the chance to fight for the positions that count every Sunday. 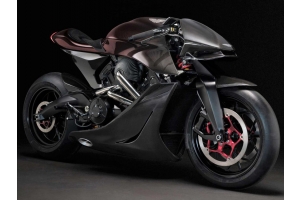 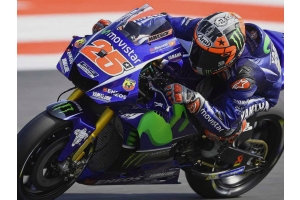 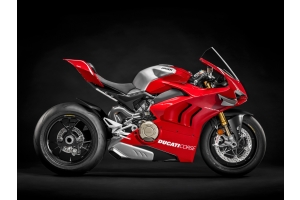 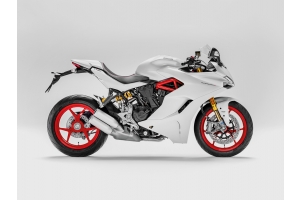